Perseverance is the Critical Component of Success

Perseverance is the Critical Component of Success

Reaching the destination is the culmination of one more stride, repeated again and again, while refusing to entertain the idea of giving up.

Beginning a new journey is the easy part. After the decision has been made, you start out. You feel fresh, energized, and optimistic. You know what you want. Then, adversity hits. Something unexpectedly difficult occurs. This wasn’t supposed to happen. Fatigue and discouragement creep in, then settle in. What once seemed so grand is now hazy. The goal is still there, in front of you, out there somewhere. But now, you begin to wonder if it’s worth it. You begin to ask yourself, “If I quit now would it be so bad?”.

U.S. Navy SEALS are some of the most elite, hardened, and mentally tough soldiers in the world. Those who attempt to become SEALS undergo a grueling training period known as BUD/S. Not all of the candidates make it successfully to completion. Along the way, trainees may opt-out at any point they wish to. According to accounts I have read, it is often those who have a Plan B who are more likely to drop out. For those who only have a Plan A, to make it to the end of the training, the odds of success are much higher.

Do you have a Plan B? I am not talking here about demonstrating flexibility and changing course, when necessary. I am referring to a contingency plan that takes the form of ultimately throwing in the towel. If it gets too hard… If it takes too long… If I’m not sure I can do it…

Sometimes the difference between success and failure lies in taking one more step. After all, you can’t reach the summit of the mountain in one giant leap. It happens one… step… at… a… time.

So when you don’t think you can keep going, take one more step.

When you get tired, take one more step.

When you get bored, take one more step.

When it seems overwhelming, take one more step.

When it seems hopeless, take one more step.

The choice is one we all face: Live with regret, or live with victory?

Are you in need of a professional coach who possesses both the tools and experience to help you persevere during this season of your journey? If so, contact me for a complimentary consultation and we’ll explore the possibilities together.

Home » Perseverance is the Critical Component of Success 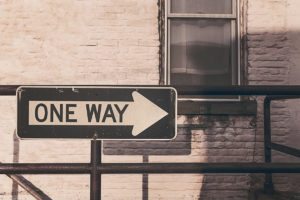 Are you interested in reimagining what success can be for you?

Leave your information below to schedule a complimentary design session. This is simply an opportunity for us to connect – there is no obligation attached.